The Rip Van Winkle House was located just north of Palenville on the old mountain road that went from Sleepy Hollow to the Catskill Mountain House.
The smaller house (shanty) was built in 1845. Ira Sax owned the shanty in 1867, and he hired William Comfort to build a larger boarding house. In 1880, Ira Sax sold the lot and Rip Van Winkle Boarding House to Elizabeth Lusk. Elizabeth Lusk was the wife of Gilbert Lusk. Gilbert Lusk then managed the property and the boarding house. It is alleged that Thomas Cole painted an image of Rip Van Winkle over the door. Gilbert died in 1885. His wife, Elizabeth Lusk continued to operate the business under the management of H. A. Schutt and J. M. Miller. 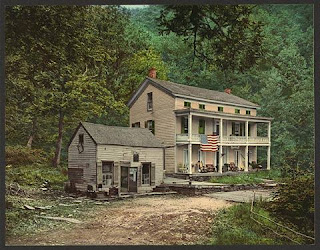 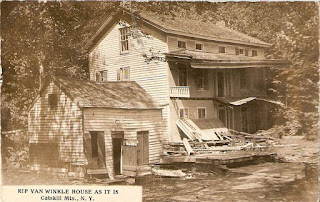 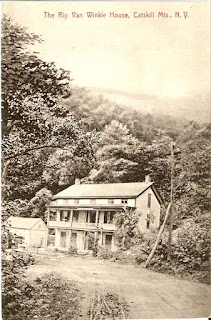