While the Mountain House had the view and the Laurel House had the falls, the Hotel Kaaterskill, located on nearby South Mountain and erected by George Harding, had the sheer size to make it a contender.
Folklore tells us that the genesis of the hotel was the so-called “Fried Chicken War” between Mountain House owner Beach and George Harding, a Mountain House patron and leading patent attorney of his day (his clients included inventors Samuel F.B. Morse). As the story goes, while dining at the Mountain House, Harding requested some fried chicken (others say boiled) in lieu of red meat for his daughter (others say it was his wife), but was refused. Harding made a fuss, Beach was called onto the scene, and the argument ended with Beach suggesting that Harding build his own hotel.

“Rather than being upset about the meal selection, it’s more likely that Harding saw a business opportunity,” says Dorpfeld. After an eight-month building frenzy, the Hotel Kaaterskill opened in 1881, advertising that it could accommodate 612 guests. Two years later, the addition of an annex allowed the number of patrons to swell to 1,100, making it three times the size of the Mountain House. Harding spared no expense on his hotel, hiring French chefs and decorating the place with modern Eastlake furniture. The Hotel Kaaterskill quickly developed a stellar reputation. “If you wanted to be noticed and commented upon in the newspaper, you’d go there or to the Mountain House”.
By the early 20th century, the entire Catskill region had begun to lose much of its cache. Beach and Harding both died in 1902. Neighboring hotels offered cheaper lodging, which attracted the middle class — but drove away the wealthy. 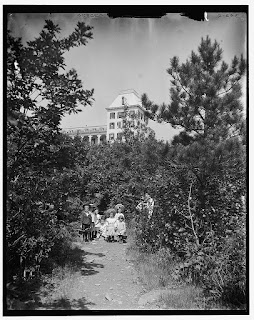 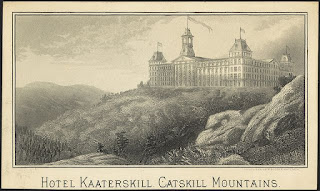 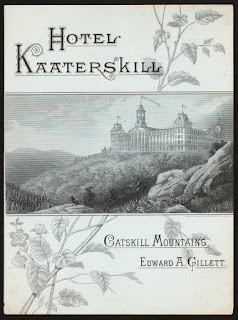 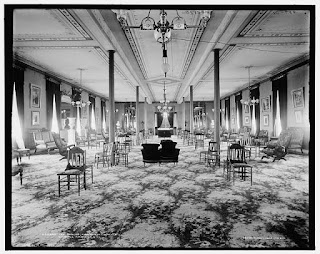 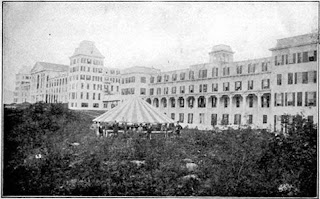